That Rhys Darby. He’s a funny bloke, aye.
His stuff in Short Poppies and Flight of the Conchords was hilarious, aye?
And his new one, What We Do In The Shadows…That looks great, ayyye!?

Confused. Me to. The phrase ‘aye’ is huge in New Zealand. Chances are you heard it banded around every few minutes during Flight of the Conchords by its comically gifted Kiwi cast but exactly how and when should it be used in everyday conversation?

A few weeks ago I caught up with Rhys Darby (AKA Conchords manager Murray Hewitt) for a quick chat ahead of his current UK stand-up tour. Before our interview came to an end, I thought it’d be a crime to pass up the chance to get a first-hand tutorial from the ‘Aye’-master himself. What follows is a dissection of the phrase and a detailed explanation of how you can incorporate it into your day-to-day life.

END_OF_DOCUMENT_TOKEN_TO_BE_REPLACED

At the tail end of 2012 I was lucky enough to chat with newcomer director Jordan Galland. It was an exciting time for him, he’d just put the finishing touches on his new movie Alter Egos, a down-to-earth tale following a group of not-so-super superheroes struggling with the pressures of everyday life. He’d also just secured distribution by Red State director Kevin Smith’s brand new company, SModcast Pictures.

The chat was due to appear in a 2013 issue of SFX, however due to the complex timing that sometimes comes with long-lead print deadlines and the film’s blink-and-you’ll-miss-it UK premier and cinema run, the piece sadly fell through the cracks. I had a great time talking to Jordan however and always hated the fact that the piece never saw the light of day. After contacting Jordan’s PR people I was recently given the go-ahead to publish the Q&A in full right here on my blog. By now the film has been available on various streaming outlets and DVD for a while, so some of you should have had a chance to see it. If not, go check it out!

Did you watch it? Are you back? Great stuff, right?

In the meantime, here’s my full interview with Jordan Galland where we discuss filming super powers on a budget, composing a score with his buddy Sean Lennon, working with indie-movie king Kevin Smith and talk of an Alter Egos TV show…Enjoy!

END_OF_DOCUMENT_TOKEN_TO_BE_REPLACED

Throughout 2012 I managed to get some work placed in a variety of news stand magazines. Among these new commissions were some interesting pieces that I completed for the popular men’s magazine Loaded. Having been released from prison after spending 18 years on Death Row for a murder he didn’t commit, I was pretty aghast at getting the opportunity to chat to Damien Echols.

His unbelievable story of wrongful conviction, false accusation, media bias and mind-boggling release settlement is enough to fry your brain. Chatting to him was an experience that I won’t forget in a hurry and our conversation formed the back bone to the DPS feature you’ll find below.

At the other end of the journalism spectrum, I asked WWE wrestler and Olympic Gold Medalist Kurt Angle and Misfits and Utopia star Nathan Stewart-Jarrett a load of ridiculous questions for one of the magazine’s regular features, the Grilling.  Check out all three piece below and be sure to click for a better look!

END_OF_DOCUMENT_TOKEN_TO_BE_REPLACED

Between November 2011 and February 2013 I worked as the freelance Film Editor for Front, one of the UK’s leading alternative men’s magazines. It was an amazing experience and one that opened up loads of doors to some unbelievable interview opportunities.

During my editor stint I got tips on how to be a bad ass from Danny Trejo, learned how to kill zombies with The Walking Dead’s Norman Reedus, nattered with Dolph Lungdren about the first time he ever met Sly Stallone and talked blue meth with Breaking Bad’s Aaron Paul. What’s more, I was also able to catch sneak-peeks of movies months ahead of their theatrical release, see my reviews in print each month and even offer the occasional poster quote. As a die-hard film fan, it was a pretty sweet deal.

It was also a lot of fun to write a section that welcomed cheesy puns, geeky film trivia and my rubbish attempts at being funny. In total, I sourced and wrote original copy for 16 issues, making a brand new 2-page section each month. I even whipped up a few stand-alone Q&As for the mag’s Kill List news section, all of which can be seen below. Want a better look? Click the image to see it in big-O-vision.

END_OF_DOCUMENT_TOKEN_TO_BE_REPLACED

Throughout 2012 I’ve been lucky enough to contribute to the biggest science fiction and fantasy movie magazine currently on shelves in the UK. For me, it’s been a geek dream come true. I get to talk to some of my movie heroes and see the finished piece in print. What more could I ask for? Here’s a round up of my recent SFX news pieces. Click on the images for a better look!

END_OF_DOCUMENT_TOKEN_TO_BE_REPLACED

Earlier this week Kermit, Miss Piggy, Fozzie and Gonzo The Great all arrived on DVD and Blu-ray for you to take home and keep forever and ever. Just before Christmas, I talked to the man responsible for resurrecting the Muppets from fuzzy obscurity, director James Bobin. During our brief chat we discussed everything from the Brit filmmakers life-long relationship with Kermit and pals to which celebrity cameos were nothing more than internet gossip. So without further ado…

END_OF_DOCUMENT_TOKEN_TO_BE_REPLACED

INTERVIEW: Michael Biehn talks about his new movie The Divide 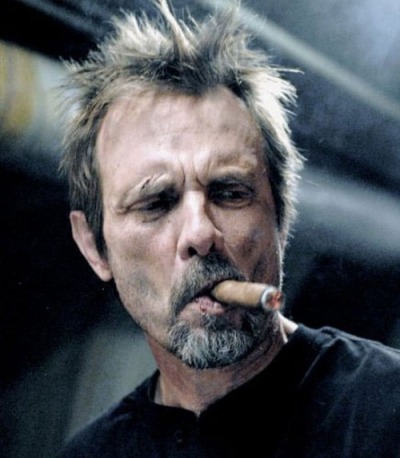 I recently had the opportunity to chat with cult icon Michael Biehn about his cataclysmic new movie The Divide. Under the unconventional and often claustrophobic watch of director Xavier Gens, Biehn crafts one of his most interesting and complex roles in recent years.

He plays Mickey, a paranoid tough guy who finds himself stuck with a handful of survivors who have sought shelter in a tenement building basement after a nuclear attack. It’s not long before the fists start to fly as this stressed situation reaches boiling point. From there, things go from bad to worse as the group slowly discovers the dark fate of the world they once knew.

Check out the full chat below in which Biehn discusses Xavier’s unique directing style, developing his character Mickey and what qualities he looks for in a director and a role. What’s more, The Terminator star also explains whether or not he’d consider joining Stallone’s Expendables team and reveals what he has planned for the near future. Enjoy!

END_OF_DOCUMENT_TOKEN_TO_BE_REPLACED

I recently had the chance to chat with special effects whizz Tom Woodruff Jr. While you may not know they name, you’ll definitely know his work. Tom is an Academy Award winning SFX designer and over the years he’s helped create the stunning visual effects featured in the likes of The Terminator, Pumpkinhead and Jumanji just to name a few. What’s more, he’s played the iconic Xenomorph alien in every sci-fi sequel since James Cameron’s Aliens. With 2011’s The Thing remake arriving on DVD and Blu-Ray today, I quizzed Tom on how he went about creating the movie’s dazzling creature effects.

END_OF_DOCUMENT_TOKEN_TO_BE_REPLACED

With Casa De Mi Padre, director Matt Piedmont has created a crazy Spanish spoof that brings the laughs whilst proving that Will Ferrell’s comedy transcends language barriers. For his next project, he’ll tackle King Dork, an adaptation of the Frank Portman coming of age rock-comedy of the same name. IReviewToo sat down with Piedmont to discuss what he has up his sleeve for this Will Ferrell and Adam McKay produced movie.

END_OF_DOCUMENT_TOKEN_TO_BE_REPLACED 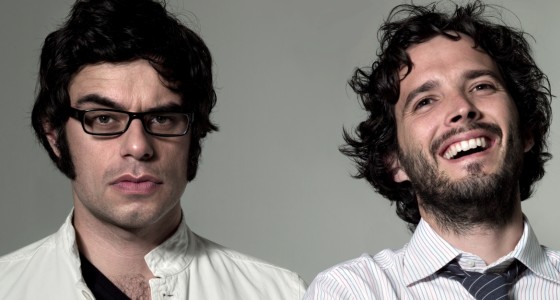 Jemaine Clement is worried about his bandmate’s new found power. During a chat this week, Clement revealed he has no doubt that his award winning partner Bret McKenzie will pull the Oscar card on him during Conchords practice which commences this week in their native New Zealand. “He would, yes. He would,” answered Jemaine, ” He was already like that because he’s had music lessons and I haven’t, He already pulled that on me. with an Oscar he’ll be unstoppable.”