7 Things Bob Dylan Should Do While He’s In Blackpool

Bob Dylan has had an interesting life. He was forged in the fires of folk and bore witness to its transformation into protest, leaving Zimmerman back in dusty Duluth.

He was present at the March on Washington, singing about change not long after Martin Luther King Jr had delivered his earth shattering ‘I have a dream’ speech.

It was Dylan who introduced The Beatles to weed, inviting a whole generation to take a musical trip, for better or for worse.

He was the guy on stage that night in Manchester, branded a ‘Judas’ by the crowd only to fire back his ‘sing it loud’ rendition of Like A Rolling Stone; providing a ‘fuck you’ to the past and showing just how raw and powerful rock and roll can be when used correctly.

He preached to the (confused) masses during his Saved period and helped clear the name of a Hurricane whilst rambling along The Rolling Thunder Review.

Bob Dylan has been many places and done many things…

But he’s never been to Blackpool.

END_OF_DOCUMENT_TOKEN_TO_BE_REPLACED 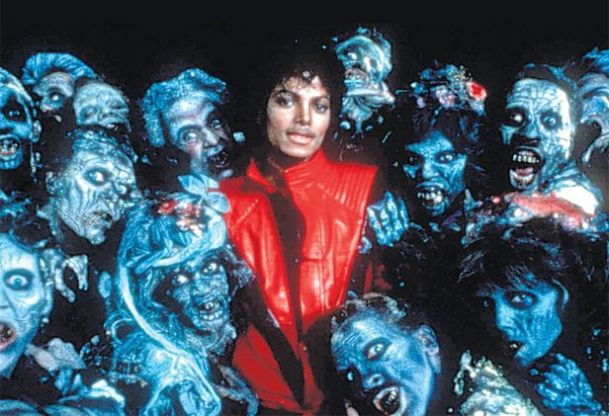 END_OF_DOCUMENT_TOKEN_TO_BE_REPLACED

In 1984 Spinal Tap went that extra mile by turning their amps up to 11. All these years later and Bright Eyes, returning from an extended hiatus, do something similar, upping the ante not quite to 11, but maybe to about 8.

END_OF_DOCUMENT_TOKEN_TO_BE_REPLACED

When Smith Westerns arrived on the scene back in 2009 with their self-titled debut, they brought with them an exciting new sound. Perhaps it was down to their plucky inexperience (the band recorded in guitarist Max Kakacek’s basement while still in high school), or maybe it was their youthful eagerness – whatever the case, instead of a by-the-books toe-tapper, we got with a fuzzy, rough around the edges gem. Their retro-hip, drunken sound was something fresh and exhilarating; shake that up with a seemingly endless grab-bag of lyrics about girls, dreams and miss-placed youth and it was pretty obvious they were on to something.

END_OF_DOCUMENT_TOKEN_TO_BE_REPLACED

As the Black Parade marches into the sunset, taking all the bad press it gained in the UK with it, My Chemical Romance return with their first collection of new material since 2006.  This time around the emo rockers trade their dark uniforms for vibrant colours and futuristic alter egos.

END_OF_DOCUMENT_TOKEN_TO_BE_REPLACED

It’s pushing eight o’clock but still pretty warm in Manchester. With it being late May, the Sun’s descent has started to take a little longer than usual. The light sticks around and as a result, there’s way more people about.  Well, more people than you’d expect to see in a half empty car park in the northern quarter anyway.  I only mention this seasonal change because it might help explain the homeless guy who’s just approached us, mid interview, and tried valiantly to flog a small porcelain fish.

END_OF_DOCUMENT_TOKEN_TO_BE_REPLACED

Linkin park’s latest wants you to know, or at least think, that it’s a big deal.  From the eerie opening monologue of A-bomb mastermind J. Robert Oppenheimer in The Requiem right down to the album’s title: ‘A Thousand Suns’ the record screams grandeur – if comparing your latest work to the invention of the nuke doesn’t set the standards to game-changer then what does, eh?  Initial buzz pointed towards it being an album by a band at a turning point, wiling if not determined to mix things up and reinvent themselves. There’s a lot riding on Linkin Park’s fourth studio effort, after all, you could call the band the lone survivors of a music genre that’s not only long dead but one which many prefer to think of as long forgotten.  Yet the rap-rock six-piece live on with a track record of unparalleled success behind them.  Somehow their output has endured and not only that, it’s been highly anticipated, so the real question with ‘A Thousand Suns’ is, behind all the smoke and mirrors can Linkin Park carry the torch successfully into the new decade?

END_OF_DOCUMENT_TOKEN_TO_BE_REPLACED

Bursting onto the scene with guitars dueling and vocals wailing, the Pennsylvanian quintet Circa Survive have established a die-hard fan base seemingly over night. Following a grueling tour schedule which saw them share the billing with bands such as The Gaslight Anthem and Rise Against the band return to record stores with their third release and follow up to their Billboard topping 2007 album ‘On Letting Go’. The new record ‘Blue Sky Noise’ offers more enthralling guitar solos and emotive lyrics, cementing their place in the alternative music pantheon.

END_OF_DOCUMENT_TOKEN_TO_BE_REPLACED

It’s a gloomy Monday evening in Manchester, but amid the rain and wind comes the melodic sounds of Mountain Man, a trio of folk singing sirens hailing from Vermont beckoning all in ear shot into the dark Academy one building.  A woodland backdrop of twisted trees and tangled branches sets the scene perfectly as they lure a large crowd to await the main act – Iceland’s most prolific export besides temperamental volcanoes, Jónsi.

END_OF_DOCUMENT_TOKEN_TO_BE_REPLACED

Taylor Hawkins and the Coattail Riders

Imagine the scene, the drummer of an established rock act heads off to find solo success, and succeeds…that story ring any bells? The question that must be plaguing Foo Fighters drummer turned front man Taylor Hawkins throughout the press events for his second solo effort Red Light Fever is: Do we have a new phoenix from the embers story on our hands?  Well, unfortunately for Hawkins, lightening isn’t known to strike in the same place twice.